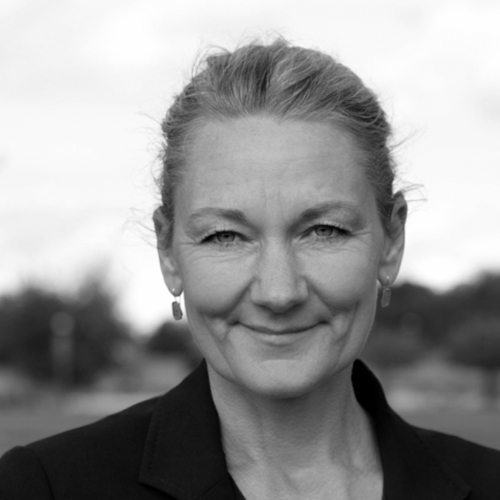 Citymaker and placemaker. WorkS as a consultant and communicator of architecture and urban development. Former cityarchitect of Copenhagen 2010 – 2019, and partner of WITRAZ architects 2004 – 2010.

Being the Chief City Architect in Copenhagen from 2010-2019, Tina has been involved in developing new neighbourhoods, existing neighbourhoods, deprived areas and a lot of strategies for big areas like the harbour, the inner city, wild nature area etc. Places for people to live, work and visit. She had a leading role in developing a new vision for the city, called Co-Create Copenhagen, an architectural policy which supports the visions, and a strategy for urban nature. Parallel with that she was a part of developing strategies for dealing with climate change especially how to take care of cloudburst, strategies for more bikes, city life, waste, more pedestrians, CO2 neutrality, urban renewal, design-codes etc.

Tina has been active in the Academic Architectural association, in think thanks, in industry organisations, etc., where she have acquired knowledge of the political and societal agendas, both globally and nationally, which plays an important role in developing the built environment in a way that creates quality of life for the individual, as well as a robust and sustainable starting point for the society as a whole.

Tina is a passionate advocate for place making, creating cities for humans, and for both social and technical sustainability in everything built and developed in the city.