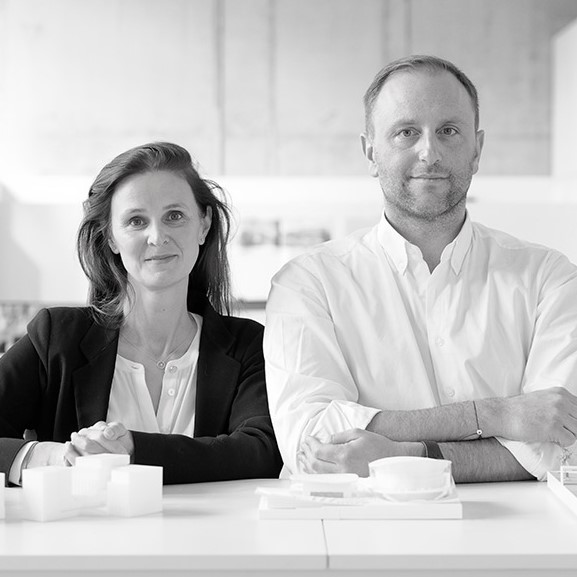 Coldefy is an international architecture and urbanism practice that maintains offices in Lille, Paris, Shanghai and Hong Kong. With completed and ongoing projects around the world, the practice engages in private and public projects at all scales.

Thomas Coldefy earned a degree in architecture at the Ecole Spéciale d’Architecture in Paris in 2002. He serves as Managing Director of Coldefy since 2006 and he became Principal in 2010. In 2011, Thomas won the second prize at International Design Awards “40 under 40” Asia and also the “40 under 40” European prize. Isabel Van Haute earned a degree in architecture at Saint-Luc School of Architecture in Ghent, Belgium, in 2001. She serves as Artistic Director at Coldefy since 2006 and became partner in 2016. Isabel is also the 2018 Perspective’s “40 under 40” Award winner.