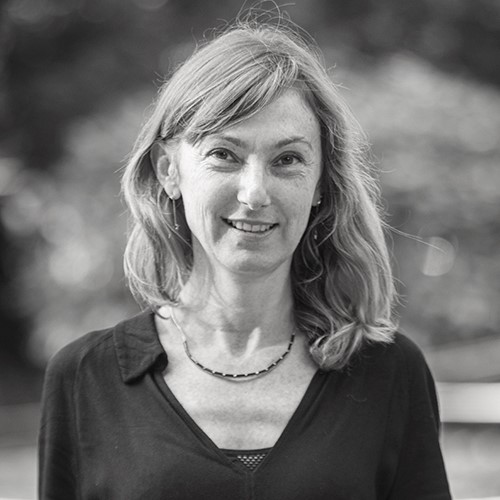 Sylvianne Van Butsele is bitten by cities and their future. She started her career as an engineer-architect, gained know-how and experience in the field of City Development, Urban Planning, Architecture, and Governance. Today Sylvianne Van Butsele is leading the Autonomous Municipal Ghent Development Company sogent as Director of Strategy and Operations. As part of the Ghent group, Sogent helps to implement the city’s policy on urban development and property management. The main focus is on developing Ghent into a city where it is pleasant to live, meet and work for everyone. In this context Sylvianne is setting strategies towards a city that is sustainable, beautiful and inclusive.
Sogent works on building, development and real estate projects of various kinds and sizes. Sometimes, the company is involved in preparations, such as bringing the site together and preparing it for construction. In other cases, sogent coordinates new construction projects or acts as an intermediary between private partners and the government. Sogent creates new public spaces, parks and develop economic sites that meet the needs of today’s business culture. Oftentimes, they also give a new function to unused or abandoned urban areas, turning old factory sites in to a meaningful place for an entire neighbourhood and its residents.
In 2013, sogent founded it’s daughter organisation huuringent. The organisation plays an important role in meeting the rising demand for affordable rental housing by working together with private owners and renting houses and apartments to prospective tenants at a fair price.
Before, Sylvianne worked at the University of Antwerp where she was Executive Director of The Design Sciences Hub. Throughout her entire career she maintained various positions within spatial development at the Flemish Government and worked as an urbanist in The Netherlands.