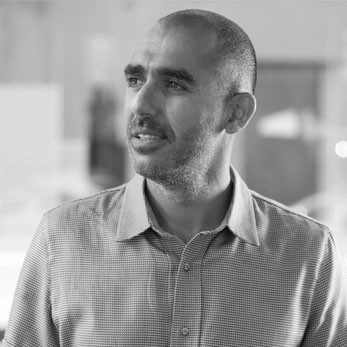 Erez Ella was born in Jerusalem studied Architecture at the Tel Aviv University and the TU Delft in the Netherlands. Erez founded HQ architects in Tel Aviv in 2008 after spending several years as an Associate at OMA (1999 and 2005) and as Principal at REX ( 2006 to 2008). There, he led the TVCC project in Beijing, directed the design of the second scheme of the Whitney Museum in New York and oversaw, together with his former partner, the design of the Wyly Theatre in Dallas.

From Tel Aviv, Erez leads HQ Architects’ design work of more than 20 different projects in Israel and around the globe, various in scale and program. HQ Architects exhibit an expanding portfolio of work among various sectors, including public spaces and infrastructure, a wide range of cultural and educational projects as well as offices, hotels and retail projects.

Recently, the practice’s ability to rethink and challenge conventions led it to be part of US-Israeli team for NASA challenge “Habitat on Mars” – a challenge to establish a 3D printed habitat for future astronauts on Mars. Erez’s involvement extends far beyond the world of architectural design. He co-curated the Israeli Pavilion at the 2012 Venice Biennial of Architecture, and is the co-editor in chief of the architectural book titled “Aircraft Carrier – American Ideas and Israeli Architectures after 1973” (Hajte Cantz, 2012).